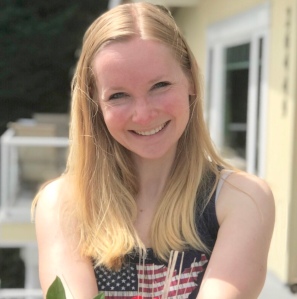 In college, my freshman roommate introduced me to Roswell — a beautifully cheesy teen drama that ran 1999-2001 — and I was quickly hooked. We’d stay up late chatting about the show, which told the star-crossed love story of Liz, an average teenage girl, and Max, her gorgeous boyfriend who is secretly an alien. Max, his sister Isobel, and their friend Michael, must keep their identities a secret from the government, who is on their trail and clearly has no intention of believing that they really do come in peace.

For the 2019 reboot, I was excited to see that Liz is Latina this time — as she was originally in the book series that inspired both shows. Nearly all the characters in the original Roswell were white and spoiler alert: that’s not even close to representative of America (today or in 1999 when the original aired).

But Roswell: New Mexico is trying too hard to be woke & relevant. The writers clearly make a point of including all the right buzzwords in their script. But here’s the thing: quality storytelling isn’t just inserting a string of trendy buzzwords. In journalism, one of the most basic feedback editors give is Show, don’t tell.

Name-checking feminism, patriarchy, or asserting your relevance by inserting references to ICE, the Border Wall, or decreased scientific funding doesn’t prove you care about whatever social issues you clearly expect your audience to resonate with. Don’t say your show values things. Show it. With your storylines, how you create your characters, how they talk to each other, and how you craft your narrative. Right now, Roswell: New Mexico comes off a lot more Brands Saying Bae than actually relevant. These days, so many people want to make money off of marketing their wokeness and feminism. If they actually care, they’ll demonstrate it. Otherwise, pass.

Along those lines, I get frustrated when TV shows are clearly trying very hard to be “diverse,” but choose to approach it in such an expected and very cookie-cutter fashion. In the first episode alone, we meet — not one but two — beautiful interracial couples: Max/Liz and Isobel/her husband, (sticking with tradition, in the primary interracial couple, it’s of course the guy who is white. And both interracial couples have a white partner…I’m not sure if media realizes interracial couples can be non-white?). There’s also a Black friend, a “strong woman in traditionally male profession,” at least one LGBTQ character, at least one preppy/popular blonde. And I’m willing to bet we’ll meet other supporting characters of a variety of different ethnicities within the next couple of episodes. But real life rarely looks so cookie cutter.

I appreciate what Roswell, New Mexico is trying to do. It wants to be a diverse show that is representative of who is in the U.S. today and use art and story to help people engage with and think critically about the world around us, especially in such polarized and uncertain times. But it’s a bit to heavy-handed for my tastes, much like CW’s Supergirl. (I’ve stopped watching Supergirl, partly because it was trying too hard to be relevant and timely with politics, but mostly because Jeremy Jordan left to go back to Broadway and I can’t seem to find a reason to care anymore.)

On a positive note, it looks like Roswell: New Mexico will have more than just a few token Latinx characters — and that both the Ortecho and Valenti families will be complex characters whose Mexican ethnicity is both a realistic part of their characters but also never treated as a stereotype or as the sum of their identity. That is something I’m very excited for.

Also, since Brendan Fehr’s Michael Guerin was, like, the love of my life in college (I watched the original Roswell 8 years late, sorry), I was convinced I was going to hate Reboot Michael. He actually ended up annoying me a lot less than I expected. Most of which is thanks to Tyler Blackburn (New Alex) who is beautiful and honestly will probably be the main reason I keep watching this show. I am very excited for New Alex and New Michael, and will remain cautiously optimistic that the show will handle its storytelling around their characters responsibly. At least, I hope so.

Though, I’m still not over what the original Roswell did to Colin Hanks’ Alex 20-ish years ago. So Tyler, if you see Emilee DeRavin from LOST come anywhere near you…run.